On The Writing Of Scripture 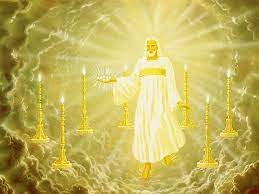 About 300 years ago "Biblical Criticism" came into its own. What began perhaps innocently enough: an attempt to understand the contemporary environment of the Bible using history, archaeology, language etc, quickly went far afield.

Before long everything about Scripture, its authenticity, inspiration, reliability, authors and events, for example, the six day creation, and the Lord's miracles were now open to debate. Reason soon became the judge of Scripture, and if something did not comport with reason it was rejected, such as Jesus feeding 5,000 people with 5 loaves and 2 fish; Jonah being swallowed by the whale; the Lord's bodily resurrection from the dead and many, many other matters of faith and practice. As a result the church's understanding of Scripture is in shambles today.

Is there a solution? Yes.

The first part is for the church, her clergy, laity, and educational institutions to understand that the entire historical critical enterprise is but a huge echo chamber. One false premise built atop the other. Few of its conclusions are provable except by circular logic (which is no proof at all). 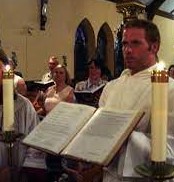 Second is to accept that Sacred Scripture is not a text book but a worship book. Not the property of the academy, but of the Eucharistic community. That every theory of historical criticism and (literary criticism) should almost always be thought of as contra-indicators. Whatever they assert, the opposite will almost always be the case.

This admonition applies to so-called "conservative" Biblical scholars as well as "liberal" for conservatives has unwittingly been infected.

Of first importance are the four gospels. They have been tortured for centuries until they yielded whatever their tormentors demanded of them. But as the saying goes: a confession obtained by torture is rarely reliable.

We should understand the gospels as liturgical and sacramental writings, each written by one author from beginning to end, and not a production created by the church over decades. As God dictated the Law to Moses (Exodus 24:1 ff), how could we say anything less of the blessed and brilliant gospels? They don't need our defense, but only to be read aloud in the church, reverently heard, preached, taught, studied and believed. The same is true of all Scripture beginning with Genesis and continuing through to Revelation.

Excellent comments about the composition and liturgical use of the holy writings! Would like to meet you sometime. Drop me a line and perhaps I could travel up there your way for a coffee or tea. Blessings, Joel in Parma. (since Fall of '19)

I find it wise to keep the Church out of the echo chamber.