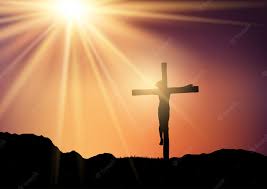 For the powers of the heavens will be shaken! And then they will see the Son of Man coming on the clouds with Power and Great Glory. (Luke 21:26 – 27)

Today let us consider a different interpretation of the assigned gospel. Not for sport. Not to be rebels. Not to show how diverse we can be, God forbid! Because now is as good a time as ever to swear off the nightmare of diversity forever; and to seek unity instead.

Because “diversity,” as it is explained in culture’s catechism actually means to divide. Divide and conquer. And we know that a house divided will fall! But we do not want our house to fall. Not our dwelling, not our nation, and certainly not the church of which we are made members in Holy Baptism. Instead we seek unity. Communion. Penetrating oneness with our God through Christ, and with one another: “That they may all be one, even as you Father are in me, and I in you.” to quote the Lord we worship. (John 17:21)

But there is a method to our madness because the traditional interpretation of today’s gospel produces more confusion than clarity. Based on this gospel, and its parallels in Matthew and Mark, Bible teachers across the board have done a very bad job of assembling what they consider a jigsaw puzzle.

It seems as if they did not look at the crucified Christ on the cover of the box, but just set off blindly to put pieces together as they thought best: and more, one fears, from their collective imaginations than from the Tree of Life.

Let us consider today if Jesus really had the End of the World in mind in Luke Chapter Twenty-One, if his subject matter is his “Second Coming” wherein he will “judge both the living and the dead.” (Acts 10:42) Or whether he had another End in mind!

While it is possible that our Lord was talking about his Second Coming and the Destruction of the City of Jerusalem that history tells us took place some 40 years after the Lord’s death – it seems more likely that he had something else in mind: namely the End of the Old World; the Dead World which came crashing down when our Lord bowed his head and died on the cross.

That dear death that we glorify is the most consequential event of all time and space and existence. When the holy, innocent Son of God died as a sinner for us, when he uttered the universal absolution “Father! Forgive them! For they know not what they do,” everything changed. Changed for the better. Everything became New; especially the source of all trouble: the fallen heart and soul and intellect of man.

We know that behind every earthquake is a shifting of earth’s tectonic plates. When that happens all bets are off. While it might be predicted by seismographic instruments it cannot be stopped. Then the mountains become valleys, and the valleys mountains.

When our Lord died on the cross for the sins of the world a shifting of the tectonic plates of all Creation happened. Now the Prince of Peace expels the Prince of this world! Now darkness becomes light, and death becomes life. Now sorrow is changed to joy, and mourning into dancing. This is what our Lord meant when he said: “For the powers of the heavens will be shaken! And then they will see the Son of Man coming on the clouds with Power and Great Glory. (Luke 21:26 – 27)

That Powerful Coming, that Great Glory, is the cross on which the “Prince of Glory died.” (Isaac Watts: When I Survey The Wondrous Cross). Which was, as we said above, the End of the Old World. Indeed the End of History! Old History! Dead-end history! Circular history! With nothing to look forward to but an endless cycle of more corruption, more robbery, more war, more bloodshed, more death, more tears and without a shred of relief in sight.

But with the Lord’s death, the Old died, and with his Resurrection the New began. A New and Glorious age of unspeakable wonders that will perfectly satisfy; and that will never end because sin is no more; guilt is no more; judgment is no more. Because in Christ the hearts of the sons are turned to the Father, and the Father back to the sons. We are those sons. Sons of God in Christ Jesus. (Gal. 3:26)

Yes! Our Lord’s death, the Day of Atonement, the Christian Yom Kippur has no parallel. There have been other great moments in earth’s history. Her six day creation. Her baptism in the Flood. The Lord’s ineffable incarnation without which there would be no redemption. The coming of the Holy Spirit. Our own baptism. And the Great Day of Rest – the Lord’s Day when our Lord Christ regularly intervenes into the affairs of men, bodily, to show us his love. And without doubt his “Second Coming.”

But all of these momentous events proceed from, and lead back to, the cross of our Lord Jesus Christ; by whom, and in whose name, we are cleansed and purified from all unrighteousness.

Now we could go through each verse of the Lord’s teaching in today’s gospel and logically show its referent to be the cross; but alas time does not allow. But even when we cannot drink the “over-flowing cup,” (Ps. 23) we can glorify God, and it is enough.

This is what David teaches the church to do in today’s Psalm; the thing in which we are presently and pleasantly engaged, and:

“Shout aloud to the LORD all the earth, burst out in shouts of joy!

Acclaim him with trumpets and blaring horns!

Let the sea roar, and all that fills it; the world and all who dwell on it.

Let the rivers clap their hands;

Let the hills shout aloud for joy with one voice before the LORD for by the cross Jesus comes in Great Power and Glory. By the cross he comes to Judge the world with Righteousness, and the peoples with Divine Equity.” Amen.