Wisdom For The Day From C.S. Lewis 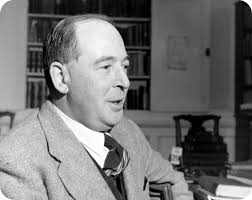 Few Christians today are aware of C.S. Lewis (Clive Staples Lewis). He was born on November 29, 1898, but his death on 11/22/63 was overshadowed by the JFK assassination.

Lewis was an Irish born scholar, novelist, theologian and Christian apologist, who had a gift of making complicated things simple. Of cutting through all the string, and getting to the prize.

Below you will read what Lewis writes in a 1948 essay about living in the atomic age. If you replace "atomic bomb" with "coronavirus" you will gain great insight.

In other words, do not let us begin by exaggerating the novelty of our situation. Believe me, dear sir or madam, you and all whom you love were already sentenced to death before the atomic bomb was invented: and quite a high percentage of us were going to die in unpleasant ways. We had, indeed, one very great advantage over our ancestors—anesthetics; but we have that still. It is perfectly ridiculous to go about whimpering and drawing long faces because the scientists have added one more chance of painful and premature death to a world which already bristled with such chances and in which death itself was not a chance at all, but a certainty.

This is the first point to be made: and the first action to be taken is to pull ourselves together. If we are all going to be destroyed by an atomic bomb, let that bomb when it comes find us doing sensible and human things—praying, working, teaching, reading, listening to music, bathing the children, playing tennis, chatting to our friends over a pint and a game of darts—not huddled together like frightened sheep and thinking about bombs. They may break our bodies (a microbe can do that) but they need not dominate our minds.

What Is Your Name?