There Is No Synoptic Problem 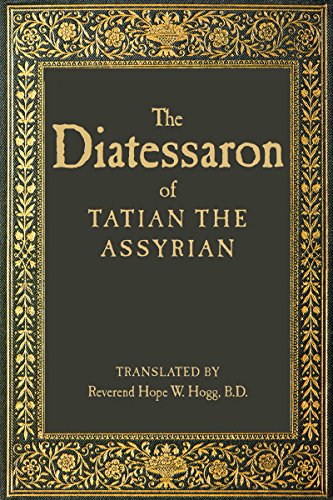 Many throughout church history, early fathers as well as the latest critical scholars, have assumed that either the synoptic gospels (Matthew, Mark, Luke) must perfectly agree with one another, or the church cannot claim that they are divinely inspired and true.

This has worried Christians for so long that Tatian, a 2nd century apologist, created his Diatessaron. It was a harmony of the 4 gospels that gave what Tatian thought to be a coherent narrative of the Lord's earthly life, death and resurrection. Others have also attempted gospel harmonies. However, there is no need.

If one thinks of the gospels as histories of Jesus then they would have some explaining to do. There are contradictions in wording, order of events and material included. If one assumes they must agree in all matters then we would have competing reports of past events. People would have to figure out which one is right, and which ones are wrong; which is the genuine article, and which the "also rans".

However the entire enterprise is but a very tall tower constructed of one fatal flaw upon another, and missing a foundation entirely. That is why the "synoptic problem" can never be settled, because there is no problem at all. Occam would not be pleased.

But if one ceases to assume that the gospels as mere historical reports; and think of them, and use them, as they were given to be thought of and employed, then the problem disappears.

What are the gospels, then?

They are the liturgy and lectionary of the church. They are the living voice of Jesus and each stands on its own. Merely to read them aloud in the church, and to hear them, constitutes an act of holy worship. Do they need our defense? No, but only to read, heard and prayed. To be meditated upon and expounded upon. To be loved and treasured.

They could be compared to 4 brothers. They all proceed from the same source and have a great deal of similarity, but also have many differences. Each stands on his own, and is a true son, whatever the similarities or differences may be.

And so one need not try to explain the inconsistencies between them, but accept them as are, for what they are: a verbal icon of Christ, the true and factual voice of the Good Shepherd.

Metropolitan homicide detectives are aware that if all witnesses agree exactly, then they concocted their stories in concert beforehand. Different sets of eyes and ears see and hear the same event (a little) differently. But the event is the same.