The Law And The Cross 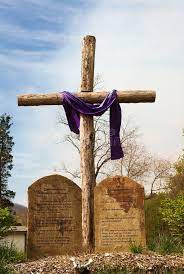 What does St. Paul mean when he writes:

"I count all things as loss for the surpassing worth of knowing Christ Jesus my Lord, through whom I have suffered the loss of all things and count them as rubbish, that I might gain Christ; and be found in him not having my own righteousness proceeding from the Law, but that righteousness which comes "through the faith of Christ" whose source is God, founded on faith!" (Phil. 3:8-9)

What is the contrast? I think most Christians from the Reformation on seem to contrast Christ and the Decalogue. Righteousness (salvation) obtained by faith, and not good behavior.

As the Lord says in Mt. 5:17, "Do not think that I have come to abolish the Law or the Prophets; I have not come to abolish them but to fulfill them." Thus, "For Christ is the end of the law for righteousness to everyone who believes." (Rom. 10:4)

And so, again, the contrast here is between Torah ("law) and Christ. But righteousness by Torah is defunct when: the Word is made flesh. (Jn. 1:14) Or said another way, "faith" by which is meant Christ crucified, trumps Torah because it, Torah, is no longer avails before God.

Does this eliminate the baptismal life, or "sanctification" as we Lutherans prefer to say? To quote St. Paul again, "meh genoito"!!! (Rom. 6:2). This is the strongest form of negation that exists in the Greek language. Or as KJV says, "God forbid"! For, as Paul continues, "how can we who died to sin live in it any longer?" A rhetorical question if ever there was one.

The entire American Evangelical enterprise, however, contrasts salvation by faith (which they never define) v. salvation by works by which they mean virtuous behavior. This contrast demotes the discussion from the upper room, if you like, to the lower room. Rather than shooting at the sun in order to hit the moon, they aim for the moon and hit the ground.

Yet their understand of the contrast has infected Lutherans as well. In my experience we tend to think as they do. This is why we must base the certainty of our salvation, our confidence of heaven, not on a "decision" to believe. A decision to have faith, but  rather on baptism which is the objective work of God the Holy Spirit.

Our "faith" if it is merely a notion, a talking point, can always be in question. But our baptism cannot! For by it we are, as Paul says, "in him"! That is a locational reality by which we are transferred from the "domain of darkness" into the "kingdom of his own dear Son, in whom we have redemption - the forgiveness of sins." (Col. 1:13)

Thanks pastor More than 25words

Christian Response To "Wokeness" - Must See