Pastor Kavouras' Bio And Vision For The Ohio District 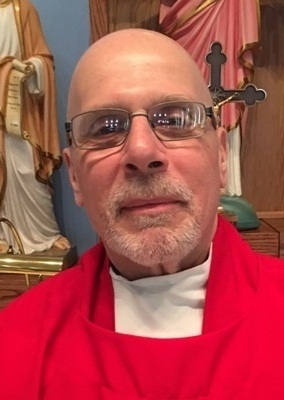 Rev. Dean Kavouras, born June 1, 1950, graduated from Concordia Seminary St. Louis in 1978 with a Master of Divinity degree. He served parishes in Ohio and Wisconsin, and has been serving Christ Lutheran, Cleveland since 1999, first as Assistant Pastor, then as Pastor.

Pastor Kavouras also serves as a chaplain for Cleveland’s police, fire and EMS (1995 to present); and worked as an FBI chaplain for 17 years (1997-2014). During his tenure with the FBI he was entrusted with a Top Secret Security Clearance. Following the 9/11 attacks on our nation Chaplain Kavouras was deployed to Shanksville PA for the recovery of UAL Flight 93, twice to New York for the recovery of the World Trade Center; and has been involved in many other major cases as well. His memoirs of 9/11 are published by the Lutheran Heritage Foundation in a book entitled: Nine One One The Aftermath, The Word Works.

Pastor Kavouras is an autodidact economist with a keen interest in business and economic affairs. He is also a prodigious reader, writer and occasional lecturer in the history and practice of the church’s liturgy and sacraments. Some of his writings may be viewed at (http://www.christlutherancleveland.org/pastors-blog )

He is a martial artist (4th degree black belt Kenpo karate) who, in his spare time, reads British Detective Novels, and dabbles in the rare coin business “for fun and profit.”

Rev. Kavouras is a native Clevelander. He married Barbara (nee: Tews) February 23, 1973. The Kavouras’ have 2 sons and 10 grand children ranging in age from 3 through 20.

Holy Scripture says, “bear one another’s burdens,” and so I ask you to bear with the Chief of Sinners as he offers his vision for the Ohio District, using the classical Lutheran form of Law and Gospel. The Law, “which always accuses,” will sting. But the Gospel will give us great peace. May God give us ears to hear, and eyes to see.

The Law is this. For the last 40 years the Ohio District has been in a missional frenzy. Shrinking numbers, fear of institutional death, and a wrong understanding of the commission Jesus gave his church, have burdened people’s consciences, and diverted their attention from “Christ and him crucified.” (1 Corinthians 2:2)

In spite of the thousands of evangelism seminars given in the last five decades in our District; the countless “I Found It” type campaigns; the sad church signs that pander to passers-by like shameless strumpets; and the bevy of community services parishes feel they must provide to at least be acknowledged as having a pulse … in spite of these the bad news keeps coming. Numbers decline, parishes shutter, loyalty fades, and Reformed theology has supplanted the Lutheran faith among us.

But all is not lost, for the Gospel says, “Be still and know that I am God.”

To hear this word and believe it is to banish guilt and anxiety; to flee the tired rabbit holes we have inhabited for half a century; and to again breathe free!

“Be still and know that I am God.” What does this mean?

It means that the Holy Spirit is still the Lord and Giver of spiritual life. That he, without the aid of our frantic programs, is the one who calls and gathers the lost to the font, to instruction, and to the full fellowship of the Services of God’s House. That he is the one who enlightens people with the Word, and sanctifies them by the Sacraments. It means that “the church will never perish,” which in turn means she is blessedly free to devote her efforts to doing the one thing Jesus commissioned her to do. “THIS DO in remembrance of me.”

As often as the baptized assemble to celebrate the Eucharist the church fends off the ever-threatening primordial chaos, which is nothing else than the powers of hell at work in the world; the Evil One trying to sift God's good creation like wheat; the roaring lion, who feeds on human flesh, seeking to devour us. It means that the church's worship, which is the real time proclamation, and enactment of, Christ's redemptive work in the world, is and constitutes salvation for us, and for the lost world. So that to worship, is to evangelize. This is a great mystery, but I am speaking of Christ and the church.

To this end my vision for the Ohio District is to lead our parishes back to the reservation. Back to the New Testament in Christ’s blood, and to its exclusive and mighty place in our churches.

It is to help parishes and pastors learn anew that all ecclesial action either leads to, or proceeds from the altar of God Most High (Psalm 43). Baptizing, instructing and absolving lead people to the altar. And good works such as extending mercy to the poor, visiting the sick and counseling the wayward proceed from it. But the altar, where Christ is factually present in the blessed Bread and Cup; where he meets his Bride in Holy Union and Communion; is central; and no Sunday can properly be called the Lord’s (Christ’s) Day without it.

Once Jesus in the Flesh again dwells among us every Sunday; once he is again recognized to be the object of our worship, and the strength of our lives; then great peace will guard our hearts and minds. Then immense power will again attend our parishes so that they will be Light and Salt for all the world. For in this Sacrament (which is definitional and constitutive of Christian existence) we obtain all that we need for time and eternity; for ourselves, and for all people. This do!

God grant it to our people in the Ohio District. Amen.

Hi Dean Glad to see you still alive & kicking. Thinking of you, been long time. I living back in ohio for couple months. I know you must be busy with church in this Season . God bless you and family. Hope to see you. Soon . I see you not far from where I living now. Merry Christmas to you and family. I will check to see when you having church service.

A Mighty Fortress Is Our God

The Rite Of Imposition Of Ashes