An Interesting Thanksgiving Day (and it's only 11:00 in the morning)

Though today is Thanksgiving I did my usual early morning routine which is to get breakfast at an area restaurant and work on my sermon for the upcoming Sunday. This is my "happy hour".

Following happy hour I spent some time in the 1st District visiting with officers and wishing them a Happy Thanksgiving. They are always grateful for the chaplain's presence which they, rightfully, understand as God among then in the person of his minister.

Thanksgiving is not a slow day for the police. At 9 AM there were already broadcasts for family fights, neighbor disputes and intoxicated drivers. As Scripture says, "All have sinned and come short of the glory of God." (Romans 3:23)

As I headed home I noticed 3 street preachers at a major intersection near my home. One had a large sign calling sinners to repentance, the other a megaphone preaching to passing cars, the third was wearing a shirt that proclaimed "Jesus Saves" in large letters. 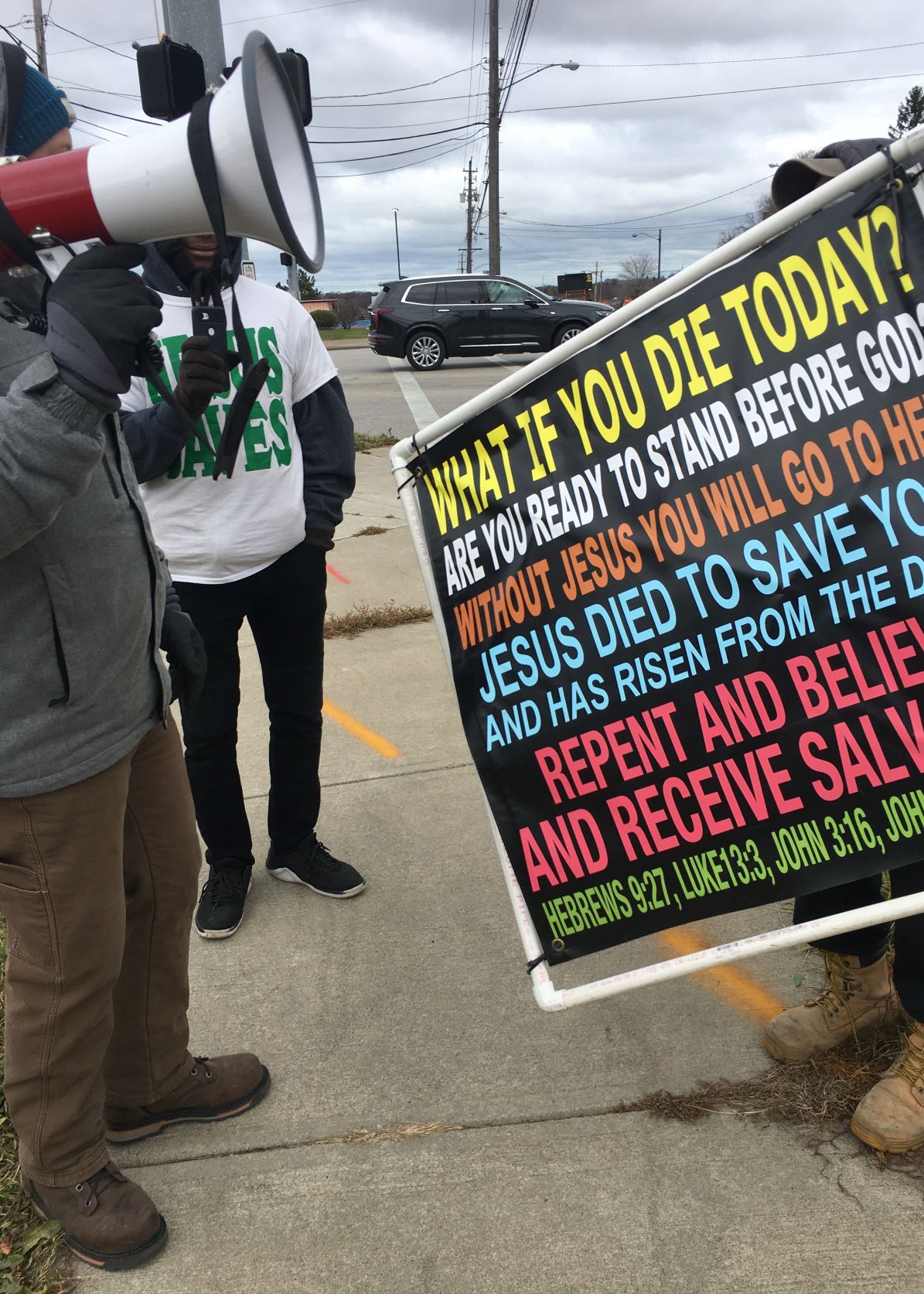 I found this interesting and so I parked my car and approached the three to learn a bit more about what they were doing.

As I neared the three turned towards me and their posture indicated that they took my approach as a threat. I don't know why.

When I was within speaking distance I greeted them and said to them I was interested in what they were doing and asked if they represented a particular church. They answered in a defensive and rude manner, "we represent Jesus Christ." Then they asked, "are you saved?" I answered that I did not come to discuss religion, but wanted to learn a little about them. They persisted, "are you a Christian." I answered in the affirmative and that I was a pastor as well, thus my interest in their efforts.

These were the worst kind of fanatics, and it was impossible to get in a word edge-wise. I repeated that I did not come to argue but to learn. At this time "megaphone man" offered me his instrument again and insisted that I should preach. Again I declined.

I am not a smoker, but I wasn't going to tell him. At this point all three verbally ganged up on me with questions and insults so I left.

There are many religious opinions and practices that I don't agree with, but still respect their adherents and, up until today, have been able to have rational discussions with them. But this trio was a new experience.

What Is Your Name?